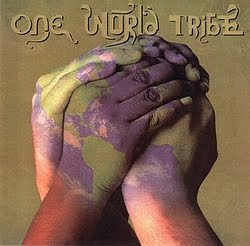 If you read my blog and don’t read over at Saints Herald or John Hamer’s stuff, then you are short-changing yourself. These professional writers with insider connections offer valuable insight to anyone interested in the inner workings and institutional goings-on at the Community of Christ.

As noted below, the delegates at the 2010 Community of Christ World Conference overwhelmingly (is there any other way?) approved the canonization of new Doctrine and Covenants Section 164. Part of this new Section deals with the on-again off-again issue of re-baptism that was referred to the First Presidency back at the last World Conference. The other thrust was the introduction of regional, national or cultural conferences to address certain questions which are not appropriate to deal with in an international setting due to a variety of reasons.

But wait, you say, I thought the other part was about homosexuality – indeed paving the way for the imminent acceptance of GLBT (if not already opening the door)? Well, you’re not alone and I have no doubt that this was certainly on the mind of the Prophet when he penned these words. Others have assumed that we would now move to call national conferences, particularly in the US and western countries, to address the issue of homosexuality. And indeed we may.

And is it unreasonable to at least be skeptical? President McMurray made many believe that he was on the cusp of opening the church to GLBT when he asked us to live on the boundaries during his 2002 address to the World Conference and organized the Committee on Homosexuality and the Church with the express mission “to provide overview and guidance to the church-wide dialogue process regarding homosexuality in the church and make recommendations to the First Presidency regarding future policy or guidelines.”

Many felt that affirmation was imminent. But after walking back on policy in the face of the Community, Common Consent and the Issue of Homosexuality published after the World Church Leadership Council after their fall 2002 meeting, resolutions again flooded into Headquarters for World Conference 2004. If the WCLC wanted a decision by common consent – well by golly they were going to get it. A decision would be made – and in just a couple short years!

Of course, the litany of resolutions brought before the 2004 World Conference never received a vote either. The First Presidency deviated from parliamentary procedure to bring their own last-minute resolution calling for the referral of all homosexuality-related questions. Like D&C 164, this passed and the resolutions were swept off the board. Of course, there was great confidence and trust in President McMurray and the continued work of David Brock and the Committee on Homosexuality and the Church. Moreover, we had instituted listening circles, to begin healthy dialogue.

Surely by the 2006 World Conference, we would have an outline of new policies, or a pathway to achieve them.

But as happens from time to time (and of which we constantly run the risk if we delay) – a funny thing happened on the way to World Conference 2006. President McMurray resigned and a special conference was held to select Stephen M. Veazey as his successor. No legislation was considered at the 2005 Conference and the next was pushed from 2006 to 2007.

At the 2007 World Conference, the topic that dominated the last two regular conferences was not in sight. No resolutions addressed the issue that had been hopefully referred to the First Presidency. The Committee on Homosexuality and the Church gave its report where it revealed the tremendous failure of its efforts to promote dialogue on the subject and elected to decline its mandate to make policy recommendations. The Committee was disbanded after conference, and no similar committee was ever instituted to examine policy or the issues surrounding GLBT in the Community of Christ.

Of course, this all changed when, in spring 2009, Community of Christ priesthood presided over the marriage of two same-sex couples in Iowa after the secular legal right was acknowledged by the Iowa supreme court.

So once again, the eyes of the GLBT world turned to Independence and a lot of some 20 resolutions were presented to the Conference addressing (once and for all!) the issue of homosexuality. What happened next is a matter of some interpretation.

Some feel that leadership, through Section 164 set the stage to finally accept homosexuals; doing so in a practical, if not dramatic fashion. Did those individuals feel the same way after 2002 with the President’s commitment and the institution of the Committee? After 2004 with listening circles and a First Presidency mandate to develop new policies? I’d be interested to know.

But I don’t think it’s unreasonable for one to question whether a conservative (institutionally if not ideologically) leadership struggling to maintain status quo during a time of economic and theological upheaval, may have just found a way to once again put off a difficult and potentially divisive decision for another day – upsetting some, but outraging no one. Might there be another problem as leaders attempt to “create and interpret Church policy” or implement local or national conference? Sure. But I’m sure the First Presidency, as Scarlett O’Hara put it – is happy to think about that tomorrow, after all, tomorrow, is another day.

Whether that day is one of openness and acceptance of all God’s children, remains to be seen.
Posted by bewarethechicken at 4/21/2010 10:30:00 AM